It seems to me that the last decade has seen a resurgence of interest about magnetism and its possible use as a therapeutic modality for a variety of health related disorders. The field itself is now called magnetic therapy or magnotherapy. A quick search on Google for magnotherapy brought 63,000 hits. One particular site says, “Magnotherapy is nothing new – it has been used for thousands of years to help relieve pain and accelerate the natural healing process” (http://www.magnetic-health.eu/?page_id=128). However, most early accounts, although widely circulated, remain unsubstantiated (e.g., Cleopatra using magnets to preserve her beauty).

The origin for magnetic therapy probably dates back to the 1700’s when Franz Mesmer proposed a theory of invisible forces that could be transferred between animal bodies. He called this putative transfer of energy “animal magnetism”. Several decades later, the English scientist Michael Faraday demonstrated the presence of a magnetic field around a conductor carrying direct current. Among many salient discoveries, Faraday is credited with the observation that a varying magnetic field (caused by connecting and disconnecting a battery) acting on a conductor, causes a potential difference or voltage across the same. This observation had many ramifications, one of which has been examining the possible effects of magnetic fields on the human body.

In terms of science it should be stressed that almost all of the veritable human research has been done using very high magnetic field strengths (e.g., 1-2 Tesla). The resultant magnetic field strength is similar to that of a Magnetic Resonance Imaging scanner and some 20,000 times the strength of the Earth’s magnetic field. The use of lesser strength magnetic fields, usually static, has led to many speculations often with little scientific backing. It is well known, for example, that hemoglobin (a major component of blood that carries oxygen), contains iron and exhibits magnetic properties. Contrary to assertions in layman’s publications the static fields used for magnotherapy are several orders of magnitude too weak to have an effect on blood flow. As a matter of fact, the energetic fields of such magnets is so weak that it dissipates quickly with distance making their effects almost null in living tissue. It is for this reason that in this blog we won’t address the therapeutic use of magnetic blankets, pillows, creams, etc. Most credible researchers consider their use as pseudoscience.

The early history of magnetic stimulation of the human body centered around the phenomena of phosphenes. A phosphene is the experience of seeing light flashes without light actually entering the eyes. Researchers in the early 1900’s built large coils capable of wrapping around the human head. The large currents in these coils (often requiring help from the electrical company) provoked the phenomena of phosphenes. For several decades research into phosphenes addressed the question of the possible anatomical culprit; whether phosphenes were engender by the occipital cortex or the retina? By way of contrast modern research has centered around the creation of virtual/transitory lesions in the central nervous system and its ability to recover or exhibit plasticity.

The modern era of research with Transcranial Magnetic Stimulation (TMS) came about in the mid 1980’s. Anthony Barker, working at the Royal Hallamshire Hospital in Sheffield, developed a machine capable of non-invasively changing the excitability of brain tissue. The machine required the use of modern capacitors (a storage container of electrical energy) capable of discharging a large voltage. The large voltage is required to provide a rapid surge in current in the stimulating coil. The trailbrazing path of the Hallamshire group is still present today and the offsprings of the original group are still pursuing innovative avenues of research (http://www.shef.ac.uk/neuroscience/psychiatry/research/techniques/tms).

The recent revival of interest in TMS is in many ways due to the work of the multifacted Mark George from the Medical University of South Carolina. Dr. George combined his training in Psychiatry and Radiology by pursuing the effects of TMS in major depression. In 2010, Dr. George gained the approval of the FDA to use this technique in treatment refractory depression. A NOVA documentary details Dr. George’s efforts to use TMS in psychiatry (http://www.pbs.org/wgbh/nova/body/mind-control-TMS.html).

My group had the original idea of treating autism spectrum disorders (ASD) individuals with TMS. The idea came from our results showing the presence of a defect in the inhibitory surround of modules that make for information processing in the cerebral cortex. I thought that low frequency TMS could help build the inhibitory surround of these structures (see previous blog: https://corticalchauvinism.com/2013/01/27/why-use-transcranial-magnetic-stimulation-tms-in-autism/). High frequency TMS would otherwise be contraindicated as it could provoke seizures in this patient population. Thus far other groups from Boston and Australia have reproduced our original findings. One of the more accomplished researchers in the field, Lindsay Oberman, just wrote a literature review on the subject. 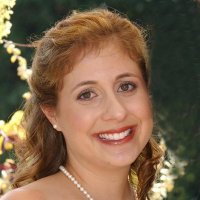 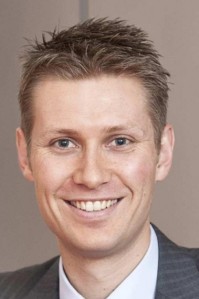 Lindsay Oberman and Peter Enticott working separately (and in 2 different countries) have been the motive force to many of the more recent studies detailing the effects of TMS in ASD.

The potential benefits of TMS in ASD have been publicized by John Elder Robison (author of Look Me in the Eye). John credits TMS as having had a life-changing effect on him: “I credit TMS with fundamentally altering the way I see and engage other people. My strong belief in the power of TMS is solidly based on my own experiences in the lab” (http://www.johnrobison.com/collaborations.php).

Thus far our group has had a good number of publications and book chapters on the subject. Overall we have treated close to 200 individuals with this technique. In May, 2 days before the International Meeting for Autism research, we will participate in an autism consensus conference where we will try to define how different groups may work together towards establishing a large enough ASD clinical trial to have TMS be considered for approval by the FDA. The conference was the brainchild of Ms. Kimberley Taylor. founder of the Clearly Present Foundation.

Oberman L, Rotenberg A, Pasccual-Leone A. Use of transcranial magnetic stimulation in autism spectrum disorders. JADD Epub ahead of print.