I first met Peter a couple of years ago at an Autism Research Institute Think Tank. At the Think Tank Peter impressed everybody with his knowledge, specially about biochemical pathways. He was my lunch buddy for that couple of days and ever since we have kept in touch. I invited him to write a contribution to my blog and he obliged. You can read about his ideas regarding fever and the clinical manifestations of ASD in a previous blog: http://bit.ly/10NyJFk. Peter now wanted to offer his thoughts regarding some thoughts regarding oral citrulline and ASD. However, before going to the blog Peter will be introducing himself in a short paragraph. 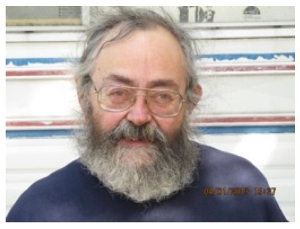 Many people with an illness or disorder read the medical literature looking for clues or treatments. I didn’t realize I was autistic till I began studying it. After 30 years reading (and writing) about multiple sclerosis – with no degrees or formal education in the medical sciences – I noticed similarities between MS and autism. As I began my study (got to save the Lost Boys!) I was fortunate to encounter three cordial advisers early on. Without their guidance I might easily have lost my way in a forest of evidence and citations: Martha Herbert (Massachusetts General Hospital) told me of fever’s phenomenal benefit; Eugene Kiyatkin (National Institutes of Health) clarified fever’s nature and uniqueness; and Jon Pangborn (Autism Research Institute) told me of high blood ammonia in these children.

One month ago (5/6/15) I began taking 4 grams a day of the free (nonprotein) amino acid citrulline, after learning most dietary arginine is taken up by the liver. Citrulline (arginine’s precursor) bypasses the liver and forms arginine in the kidneys, thus more available (I hoped) for brain nitric oxide and creatine.

I was already taking 2g creatine and 2g taurine in morning coffee for several years, and the last year 2g arginine in orange juice before coffee. I just replaced the arginine with citrulline – 2g before breakfast (fasted state), then another 2g several hours after breakfast or lunch (postabsorptive).

It’s been only one month – but I’m already convinced citrulline is doing something very welcome to my brain. I feel calm, unhurried, rarely anxious – an unfamiliar state (though emotional ‘flashbacks’ are strong as ever). I repaired my tv antenna and leaky roof without hesitation, climbing a 16 ft. ladder many times without fear of falling. I sleep more soundly. My left-hand intention tremor aggravated during the month, abruptly calmed one night, later returned.

But the strongest, most distinctive effect of citrulline is I keep talking to myself! All day every day I find myself reading aloud without intending to, thinking aloud, and not only speaking to my ‘self’ but arguing, planning aloud, and practicing speaking. I feel like a different person than the ME I’m used to. That ME is emotional, impulsive, rarely plans or anticipates consequences – and doesn’t talk much.

ME on citrulline speaks eagerly – in private and public. Curiously, the free amino acid taurine had similar effect when I began taking it with coffee several years ago. I found myself reading aloud without intending to, then thinking aloud. As I began taking taurine daily, the effect became less prominent. Now it’s back from citrulline.

Do citrulline and taurine stimulate the left hemisphere preferentially?
Is autism a chronic neurochemical imbalance of the hemispheres?
Let’s find out.