I first met Peter a couple of years ago at an Autism Research Institute Think Tank. At the Think Tank Peter impressed everybody with his knowledge, specially about biochemical pathways. He was my lunch buddy for that couple of days and ever since we have kept in touch. I invited him to write a contribution to my blog and he obliged. You can read about his ideas regarding fever and the clinical manifestations of ASD in a previous blog: http://bit.ly/10NyJFk. Although self-taught I have always been amazed by Peter’s knowledge on biochemistry and autism in general.

Peter has participated in previous discussions regarding Neurodiversity and asked me to post this letter on my blog. 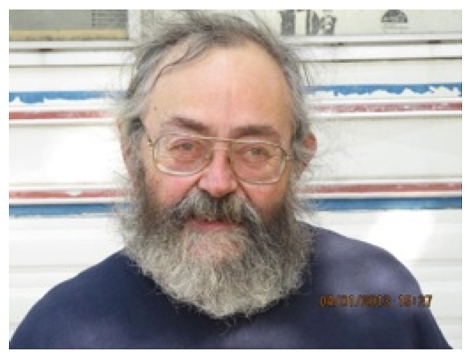 Just finished NeuroTribes. Remarkable book – meticulously researched (so I thought) and delightful to read. Unfortunately, it has two critical errors of judgment: (1) you don’t believe there’s an autism epidemic (2) you believe we should focus more on adaptions and less on causes and cures.

I’m autistic myself, presumably Aspergers though never diagnosed. Didn’t realize it till I began studying the autism literature ten years ago. I’ve focused on its biochemistry and physiology, though entirely self-taught in the medical sciences (>2K pdfs). I’ve published several papers on autism in medical journals (republished at: ).

You demonstrate well that autism has been around for centuries, and runs in families. Clearly a genetic factor at work – one that contributes as much to society as it grieves children and their parents. I don’t argue with neurodiversity – I love my gifts – but like Pinocchio, I’ve always wanted to be a real boy.

I read your NPR interview: “Looking ahead, Silberman says that while much of today’s autism research focuses on finding a cause for the condition, society might be better served if some of the research funds were directed instead toward helping people live with autism. “I think that society really needs to do a bit of soul-searching about how we’re dealing with autism,” he says. “We need to get over our obsession with causes, because we’ve been researching the cause of schizophrenia for decades and we still don’t know what causes schizophrenia exactly.”

Were you misquoted? Since we haven’t yet found the cause of schizophrenia, we should stop trying to find the causes of autism?? Similar illogic taints your conclusion that there’s no autism epidemic. Yes, autism has been with us forever, and the newer DSMs expanded the criteria. That does NOT prove the actual incidence/prevalence of autism hasn’t multiplied in recent decades – masked to some degree by the new criteria! Biochemist Jon Pangborn concluded in 2002 – based on thousands of parents’ reports to the Autism Research Institute since the 1960s – that until about 1980, approximately 50–60% of autistic children were abnormal from birth, and 40–50% regressed into autism at approximately 18 months. “Around 1980,” Pangborn wrote, “all this began to change. The total frequency of occurrence doubled, doubled again, and by 1995 was approximately 10 times that of 1980. Furthermore, while the onset-at-birth type had increased 3 to 4 times, the onset-at-18-months type had skyrocketed to considerably more than 10 times its 1980 level.” Pangborn concluded that most of the autistic population now appeared to have “an acquired disease caused by something that we were not doing 20 years ago.”

Commander Steve Schultz (U.S. Navy) independently implicated 1980 as the year our autism epidemic began – when the CDC warned the American public that giving children aspirin could induce Reye’s syndrome, and everyone switched to acetaminophen (Tylenol). Fred Previc concluded: “The incidence of autism has risen 10-fold since the early 1980s, with most of this rise not explainable by changing diagnostic criteria.” Orlowski et al. compellingly debunked the association of aspirin with Reye’s.

Shaw recently corroborated Schultz’s evidence that acetaminophen is responsible for our autism epidemic, pointing out Cuba vaccinates all their children, especially against measles, yet their autism incidence is only 1/300th of ours in the U.S. What’s the difference, according to Shaw? Cuba prohibits over-the-counter acetaminophen, and only rarely allows acetaminophen prescribed for vaccinations, because acetaminophen is limited by the embargo. Bauer and Kriebel noted recommendations that paracetamol (acetaminophen in the UK) be given for circumcision. They also cited evidence that in the early 1980s about 42% of American women used acetaminophen during the first trimester of pregnancy: “The rate climbed to over 65% in the early 1990’s, where it has essentially remained through 2004.”

You don’t inquire much into the biochemistry/physiology of autism, perhaps because the literature is huge and amorphous. Yet many observations are undisputed, e.g. brain blood flow is consistently low in these children despite frequent hyperexcitability. If you learned your brain blood flow was low – or your child’s – wouldn’t you want to know why, and what could be done about it? Or would you just ‘adapt’ to low brain blood flow? Viva neurodiversity! 🙂

Herbert MR. Translational implications of a whole-body approach to brain health in autism: How transduction between metabolism and electrophysiology points to mechanisms for neuroplasticity. In: Frontiers in Autism Research: New Horizons for Diagnosis and Treatment. Hu V, ed. Singapore: World Scientific; 2014.

Previc FH. Prenatal influences on brain dopamine and their relevance to the rising incidence of autism. Med Hypotheses 2007;68:46–60.

Shaw W. Evidence that increased acetaminophen use in genetically vulnerable children appears to be a major cause of the epidemics of autism, attention deficit with hyperactivity, and asthma. J Restorative Medicine 2013;2:1–16.

29 responses to “AN OPEN LETTER TO STEVE SILBERMAN re NEUROTRIBES”