The last couple of decades have borne witness to an exponential rise in the prevalence of autism. Less severe cases often become apparent at a later age; that is, at a time when behaviors needed for the confirmation of diagnosis are manifested.  In this way, a cohort of less severe cases, manifesting at an older age of onset, seemingly account for the surplus of patients driving the rise in autism prevalence.  In conversations with patients I have often wondered whether establishing a diagnosis of autism in some of these individuals is in any way beneficial to them.

Whenever autism is recognized as a spectrum, we simultaneously accept the variability in severity of its symptoms.  We used to call those that were less severe as Asperger, high-functioning or milder forms.  Now, by stretching the diagnostic rubber band, we make room for those who are “slightly” autistic or “minimally” so.  Personality quirks, problems establishing social relationships, obsessive compulsive behaviors are now fair game for a possible diagnosis of autism.  There are negatives to this diagnostic machination.

A diagnosis of autism will color the way a person will be treated as well as guide future expectations of that individual. With the simple waggle of their diagnostic magic wand physicians change the way that parents and family members, health care providers, teachers, and other members of society view that individual.  Diagnosis also brings a financial cost to the family and to society.  Doctors who recommend treatment may not know the associated financial costs but stretching the diagnostic rubber band will snap in a way that creates financial hardship.  Parents will always try to do whatever it takes for the sake of their children, and it all revolves around spending money.

In pediatrics we have had a major debate about the medical overuse of diagnosis.  Many physicians consider diagnosis overuse as a type of “medical waste” where the risk of harm exceeds the potential benefits of care.  Indeed, historically the definition of autism has expanded. As of present, more patients are being diagnosed and treated than ever before.  The government spends a lot of money and effort (e.g., screenings) focused on canvasing the population and providing labels or diagnosis. However, what evidence do we have that the increased efforts and rocketing number of diagnosis has changed morbidity and/or mortality in autism? In truth, the end result has been treating a large number of patients that may not have needed the recommended therapies. This commonly happens when clinical management is not personalized.

In medicine, uncertainty is the water we swim in (quote from Lisa Sanders, “Every Patient Tells a Story”).  Establishing a diagnosis is in many occasions a balancing act trying to avoid errors of commission and omission.  That is why physicians are biased in favor of establishing a diagnosis. Physicians believe that doing something, rather than not doing anything, provides for the best health care intervention. Unfortunately, taking action provides reassurance to the physician, but may not offer much to the patient.

Autism research can learn from the public health history of other medical conditions, as for example, prostate cancer. From the 1980’s till the mid-1990’s the incidence of prostate cancer rose steeply.  The increase rate of diagnosis did nothing to decrease the associated mortality.  This drove research towards establishing a biomarker for the condition.  As a consequence of countless research studies the FDA, in 1986, approved a blood test (PSA) to measure proteins produced by cells of the prostate gland.  From there on the PSA test was widely used in screening, often overshadowing with its results any other clues from physical exams or laboratory/radiological results. I foresee a similar trend in autism research. There will be an emphasis on biomarkers research only to rediscover the balancing act of benefits and harms stemming from routine mass population screening.

Overdiagnosis is not consequential if therapy, as in the case of autism, is not adequate. Thus far we have symptomatic care but little in terms of interventions that target core pathological processes.   I believe that misinformation by the social media is the main driver for overdiagnosis.  Medical authorities are led by social pressure aimed at building hype and romanticizing a disorder for which we know little about.  Indeed the public is flooded with verbiage aimed at postponing taking consequential action. So-called “ground-breaking” results are never truly ground breaking.  Research that “offers hope”, is meant to convey the aspiration of the researcher to obtain funding.  The end result of millions of dollars in federally funded autism research has been the implementation of a low value health care system and the erosion of public trust in medical science.  Our children deserve better! We need to be concrete and not wasteful in our efforts. As I have said in previous blogs, we urgently need to establish evidence-based standards of care guidelines.  These guidelines should address several different problems including the recognition and treatment of comorbidities, implementation of a standardized review of systems, instituting diagnostic assessment and follow-ups within multidisciplinary health care settings, providing guidelines for appropriate referrals to specialists, avoiding polypharmacy, and making available appropriate transition services.  Research and medical therapy should be concerned primarily with making a positive difference in the quality of life of autistic individuals rather than focusing efforts on ballooning prevalence statistics and then acting perplexed as to its origins. 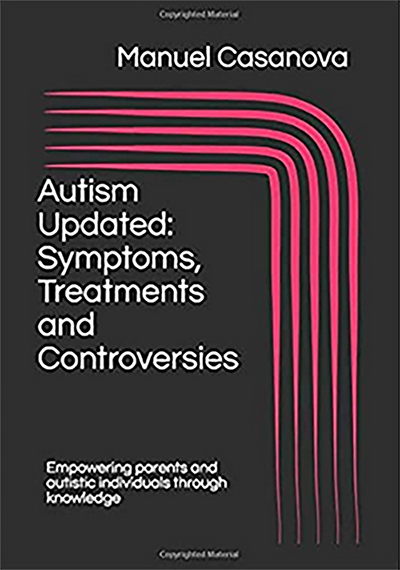 4 responses to “The rubber band of autism diagnosis”